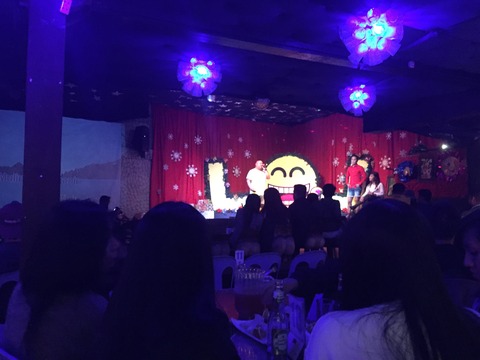 ・Detail of gay bar
I was not interested in gay bar.
But I went to the gay bar with my friends.
Because I wanted to make final memory.lol 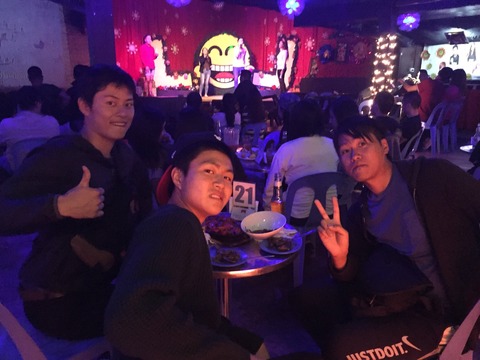 I went to gay bar which it names L.O.L.
It is on Legarda road.
And it is near SM and Burnham Park.
There is also Chaya which is Japanese restaurant near L.O.L. 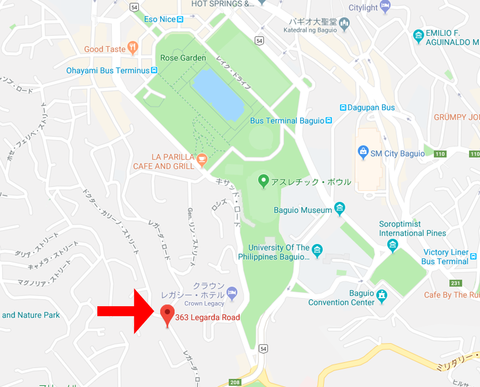 In addition, there is gay bar which it names Hercules.
I have never been to Hercules.
But I heard from my friend that it is more exciting than L.O.L.
・Price
I ordered dishes of below and another one.
Moreover, I ordered three bottle of beers.
Total price was 945 peso(about 2003 yen)
We paid each 315 peso.
It was reasonable.
It was Philippine price!
But,  in my case, I felt dishes were not delicious. 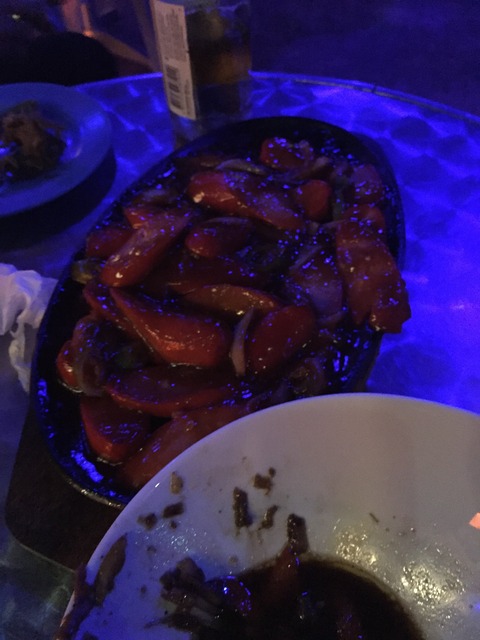 ・Talk show
It was hold like talk show on stage.
But I couldn’t understand what are they talking about.
Because they were talking in Tagalog. 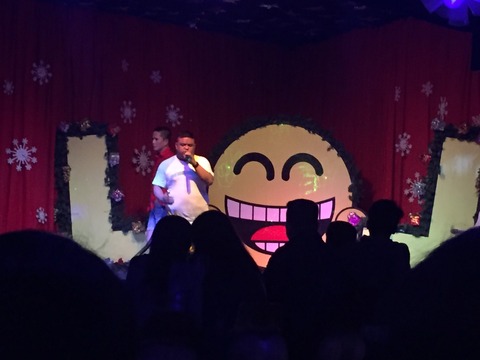 Then when we were eating, they noticed us.
And then they were coming toward us.
Because Japanese guests were only us, so they were interested in us.
Then they were talking in English.
Filipino usually can speak two languages.
For example Tagalog and English. 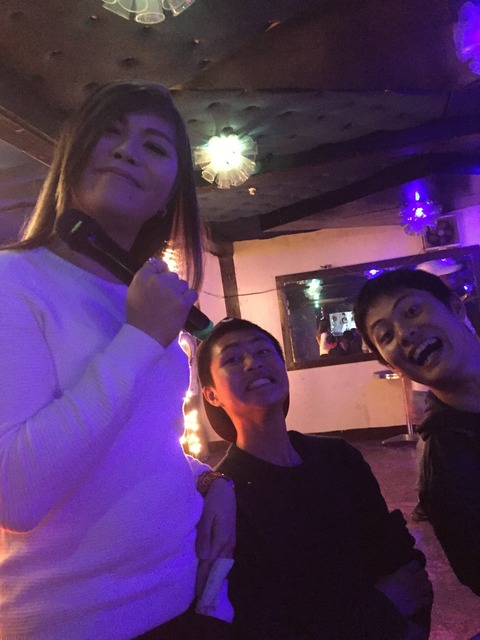 They invited Mr.R to the stage
I was surprised at their aggressiveness.
It was a little dangerous.

Gays can speak a little Japanese.
Like KONNICHIWA.
They welcomed us.
I admired them.
Because they have already studied Japanese.
Then they sang Japanese song.
We enjoyed it.
Finally we took photos with them!
At first, I was afraid of gay bar a little.
But as a result, I thought it was good memory! 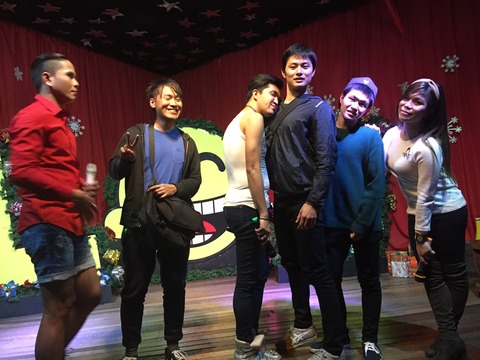 ・About L.O.L
The gay bar introduced us on their fecebook page!
I recommend you this gay bar!
スポンサードリンク